Palm trees and Hawaiʻi go together like fish and poi, right?  Kind of.  The coconut palms that line the beaches throughout the state are iconic, but are actually relative newcomers to the islands – one of the “canoe plants” brought to the islands by Polynesians. The only palms native to Hawaiʻi belong to the genus Pritcharidia. They won the sea-current lottery, arriving from the eastern Pacific near the Cook Islands and Tonga some 3.5 to 8 million years ago.  Over time, the extreme isolation of the island chain led to the evolution of 23 to 27 endemic species, found only in the islands.

The first Polynesian voyagers arrived to find loʻulu groves lining the coastlines. These palms grew farther inland as well – in the wet rain forests, across wind-swept plains, and on arid leeward slopes. But within a single generation of the first humans, the loʻulu were mostly gone. To better understand when and why they vanished, scientists have peered underfoot, analyzing what was once wind-borne pollen.

The distinctive shape of a grain of pollen gives clues to its ancestry. The hard walls of pollen help preserve it in the fossil record. By examining layers of pollen deposited over time, scientists can better understand what plants formerly grew in an area.

In the late 1990s, researchers collected and analyzed soil samples from Oʻahu’s ʻEwa Plain, west of Pearl Harbor, to better understand the ecological history of the area. The ʻEwa Plain is arid and isolated from stream flow, providing a stable environment in which dirt and debris, including pollen and bones, accumulated over millions of years. The researchers were especially focused on evaporate ponds — areas where water collects after rainfall, then evaporates – and a sinkhole. Both are places with little disturbance that offer excellent conditions for soil sampling; sinkholes act as vaults for the bones of animals that fall in.

From these collections of soil, pollen, and animal bones, the researchers read the story of the ʻEwa Plain. At one time, loʻulu stood tall, shrubby ʻaʻaliʻi and other plants formed the subcanopy. Huge, flightless moa nalo – goose-like ducks – and other land and seabirds had populated the area. The layers then reveal a plot twist – a sudden and dramatic decline in the loʻulu populations and the coincident arrival of a new character – the Polynesian rat (Rattus exulans) – their bones making a timestamp in the sinkholes. Other flowering plants, such as the low-growing ʻāweoweo, became dominant around the same time and bird populations plummeted. Only after the loʻulu population had collapsed do humans arrive in the area – as shown by deposits of charcoal. Rats, initially brought by people, spread across the landscape faster than the humans that introduced them.  Early habitat alteration – the use of fire to encourage growth of grasslands for example – likely impacted loʻulu and native animals, but research findings from the ʻEwa Plain has led researchers to conclude that invasive rats likely catalyzed changes in vegetation that led to the initial decline in bird populations.

Today, loʻulu are still present but scattered, found in very low numbers. A mature loʻulu, one of the taller species, stands out – a distinctive marker in the forest. Cultivating palms in landscape settings may be possible by protecting protein-rich seeds from rats, but in the wild, species of loʻulu are increasingly rare and even endangered. The Hawaiʻi Department of Land and Natural Resources has designated seven palm species for protection through the Plant Extinction Prevention Program. Placement on the list means fewer than 50 individual plants remain in the wild. Offshore islets such as Huelo Islet on the North shore of Molokai offer a glimpse into the past, where loʻulu palms thrive on rodent-free islands.   Conservation efforts in other countries have successfully eradicated invasive rats from islands to protect the native species that live there. New Zealand has set a goal of removing rodent predators entirely by 2050. There are efforts in Hawai’i to protect offshore islets and their rare plants and animals. Learn more about them at https://dlnr.hawaii.gov/removerats/

This article was originally published in the Maui News on August 8, 2020 as part of the Kia‘i Moku Column from the Maui Invasive Species Committee. 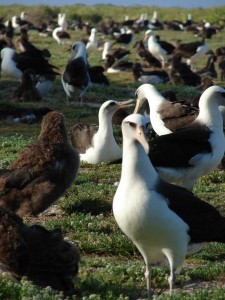 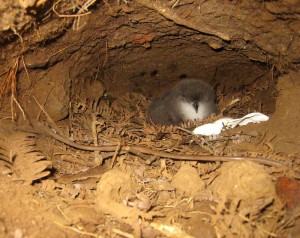 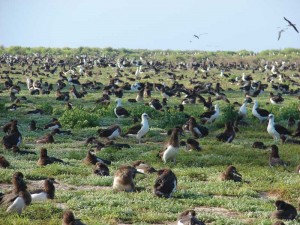